An artist’s worst critic is himself. Plain and simple. When the muse is gone, he or she is reminded of doubts and imperfections located where the eye can’t see, ultimately troubling the process of one’s work. It’s time, then, to reboot, rethink and redo. It helps when you’re able to see the other side of coin and experience growth in the accomplishments of other artists. Preparing for one of their projects, Stockholm-based Rydh/Sörenson found their muse in the accomplishments of Islandic-Danish artist Olafur Eliasson, known for spectacular large-scale installations. It’s in the presence of Eliasson’s work that they found truth and another way for expression. 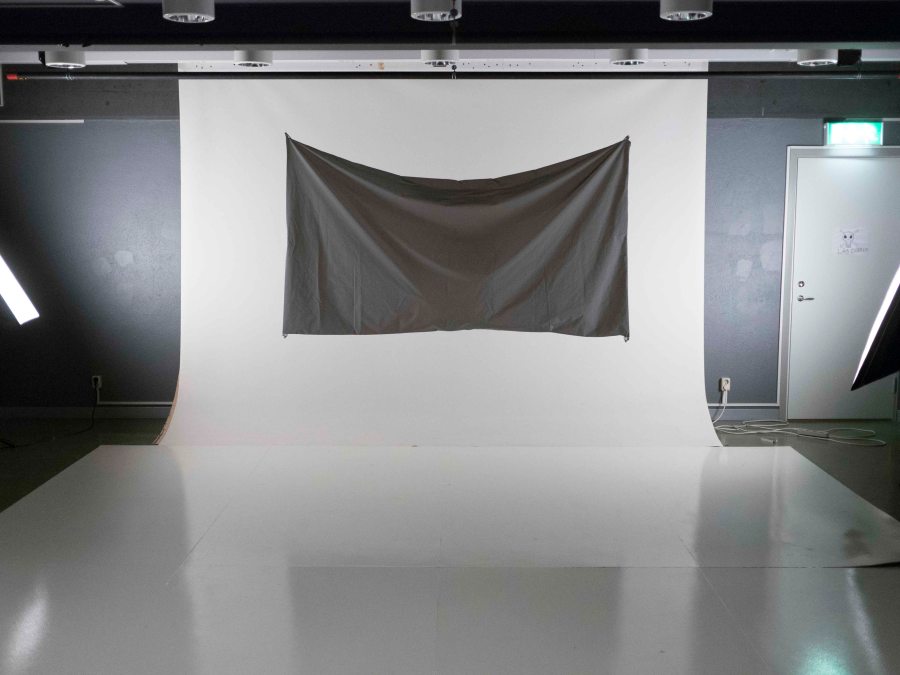 -Come over here, you have to see it from this angle.

-You have to back up all the way here.

This is a conversation between Daniel [Rydh] and I when we created our work Light Reflecting. There is always a lot of preparation before even getting to try out what our work generates in terms of physical experience.

Light Reflecting is a soft sculpture made of light reflecting fabric. In the process of creating it, we first had to research the material and order it from China, not really knowing what it looked like. When the fabric arrived the second part of the process began, what to do with it? This is of course the most crucial part of the work. I believe something similar must go through Olafur Eliasson’s mind when he is creating his work. You stand there with your material, you look at it, and you move it around. You think, you talk and think again. It is almost like a search of what the material want, if the material had a spirit? What would it do? One of my favorite works of Eliasson is Ventilator (1997). It is a simple fan hanging from the ceiling in it’s own cord. The fans’ blade spins at full speed, which creates a motion, and the fan starts dancing around in the air. It seems to be exactly what the fan wants to do.

For being one of Olafur Eliasson’s works it is minimal and simple, but it is also one of his first pieces. For me, it is an image of his process and a great example of what I think is so amazing with his work; he makes me rediscover the fan. The fan is still a fan, but the spirit of the fan seems to been set free. He gave it a new purpose and it make me wonder if I missed qualities like this in other materials and objects. Do I really know what a spoon want, or what a flashlight want or in which other context I could find them? It expands my horizon of what the objects are and what the world can be. Seeing Clara Briceño’s pictures [for CHEVET Magazine] from Eliasson’s summer exhibition in Versailles (France) creates the same feeling in me. The elegant Solar Compression, 2016, two large, convex, mirrors attached to each other hanging from the ceiling. 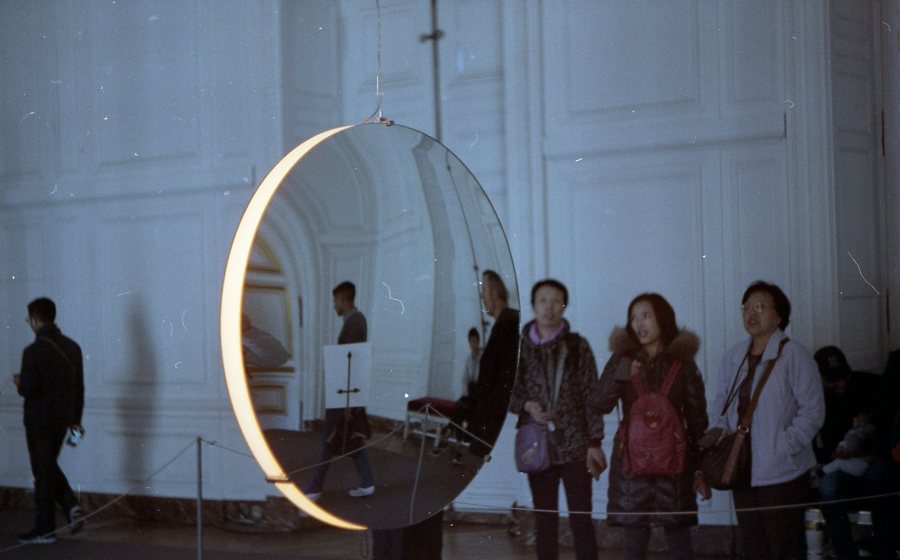 Between the mirrors there is an orange glowing light. The material is not mystical, busy or complicated in itself. It is actually pretty straightforward; it is exactly what it looks like, no tricks, it just is what it is. But at the same time it is magical.

What I perceive and how it resonates in me is the whole trick, the artwork is created in my frame of reference, or rather my lack of that frame of reference: I know what I see but I never seen it like this. In a larger sense the work expands my worldview, in my opinion, probably one of the most important qualities an artwork can have. 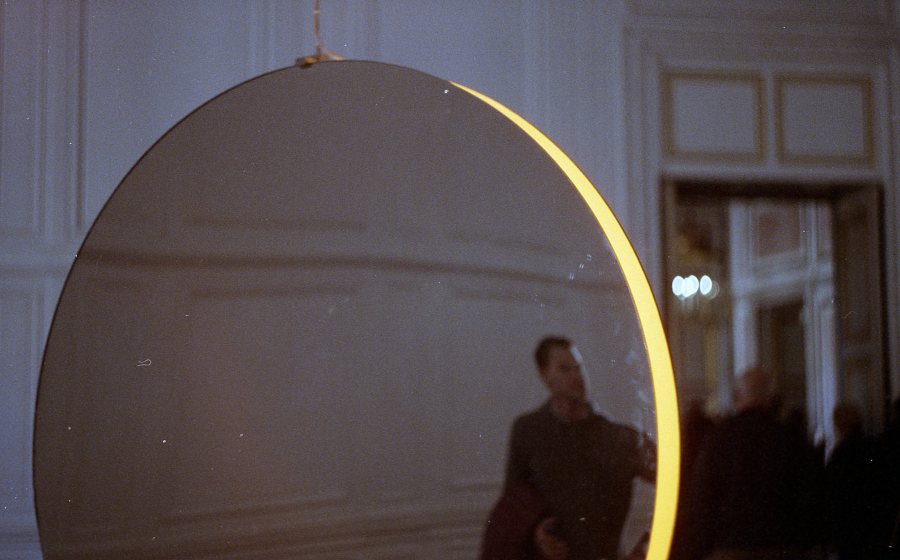 So, Daniel and I ordered our fabric and sown it into a shape we thought would fit it: a lager rectangle resembling something between a large pillowcase and a cloud. Gently, and with care, we attached ribbons in the four corners and a zipper so it would be transformed on location, stuffed or flat. We booked a studio and packed up all our equipment. In the studio we installed it, we played around with different ways of hanging it from the ceiling and stuffing it with tarp.

We turned off the ceiling light, and tried to aim some of the mobile, studio lights on the sculpture. Nothing happened. We tried our own little flashlights, and then you already know the conversation that followed. My eyes were almost blinded with the brightest light blue, the whole sculpture shingling like a block of ice.  That is how we created Light Reflecting and my hope is that it will, someday, challenge someone’s perception of what reflecting fabric could be, broaden someone’s frame of reference and make the world a little bigger.

Previous Next
View All