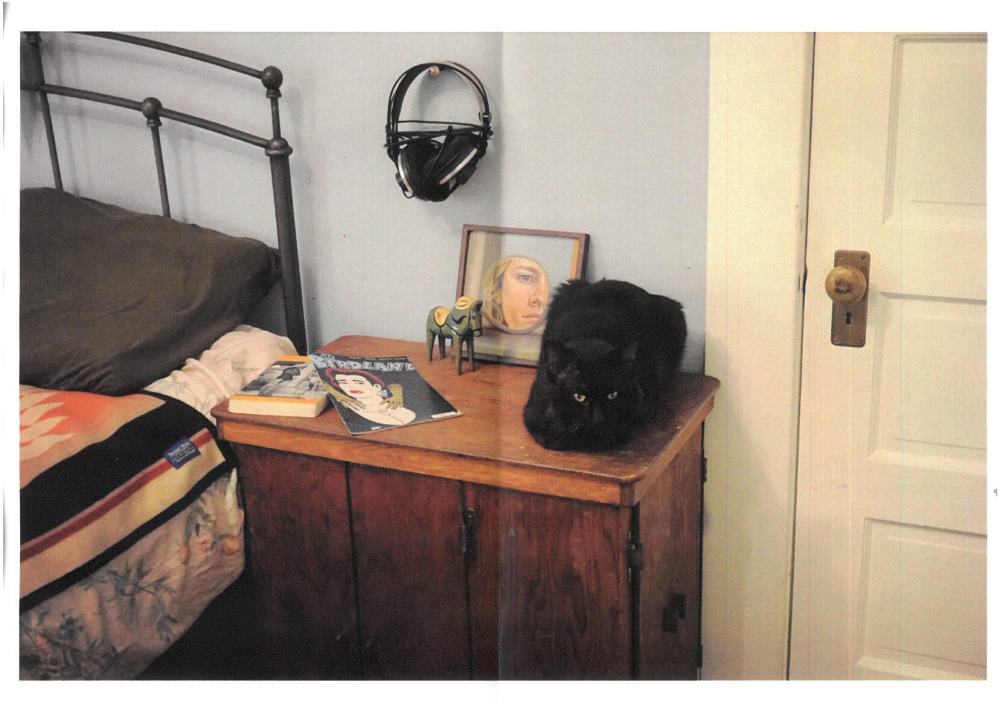 This is why we we(a)re excited when Herman Düne’s accepted to share with us a private part of his Californian nest.

To introduce Herman Düne, you can find lines online like John Peel‘s (Legendary BBC1 DJ, who created the PEEL SESSIONS): “once claimed to recognize Herman Düne guitars the fastest and Jolie Holland called Herman Düne ‘The Leonard Cohen I know’“. For the melomaniac who rely more in sounds and lyrics, one can first recommend “Tell Me Something I don’t know” even though “Crazy Blue” is an all-time favourite.

However, reaching out to the personal, we would start by also highlighting Herman Düne‘s hair which has already begun to fade in shades of pinks –a sort of unconscious and more natural version of the Polymétis, Pink Punch, 2013–14 by artists Nicholas Croft and Michaela MacLeod at the Jarding de Métis, in the Reford Gardens [Grand Métis, QUEBEC CITY, CANADA] —for the aesthetic-minded ones; to then revise Düne’s comic @YayaThonman, his ceramic way of art and even his paintings.

That’s pretty much why we we(a)re excited when David Ivar Düne [HERMAN DÜNE’s real name] accepted to be part of CHEVET and share with us a private part of his Californian nest.

“I got this nightstand from my friend Cathy in San Pedro, the Port Of Los Angeles, where I live. She got it from a ship docked in the harbor and you can tell it’s boat furniture, I think.

So, on [the nightstand] you can see (from left to right):

-My Headphones, whenever I’m mixing a record I need to take the songs from the studio and listen to them on these specific headphones. I’ve had them since Not On Top (2005).

-An antique Swedish Horse from Dalarna (central Sweden), where my ancestors are from.

–The Abortion: An Historical Romance 1966 by Richard Brautigan: a poem, a novel, a memoir, a book by Brautigan. Where a clerk at the library for unfinished books in San Francisco comes back from a dreamlike cellblock to life through a real love affair and a real abortion in Mexico.

–Inspecteur Morrison. This black cat came to my house and never left. I never wanted a pet and did nothing to encourage him. I believe he’s a descendant of one of Charles Bukowski’s many cats. Bukowski used to live further up on the same street as I. He’s quite mean, small, scruffy and wild, but I really like that he comes hanging out with me sometimes!”

Previous Next
View All